A Conversation with Owen Kline 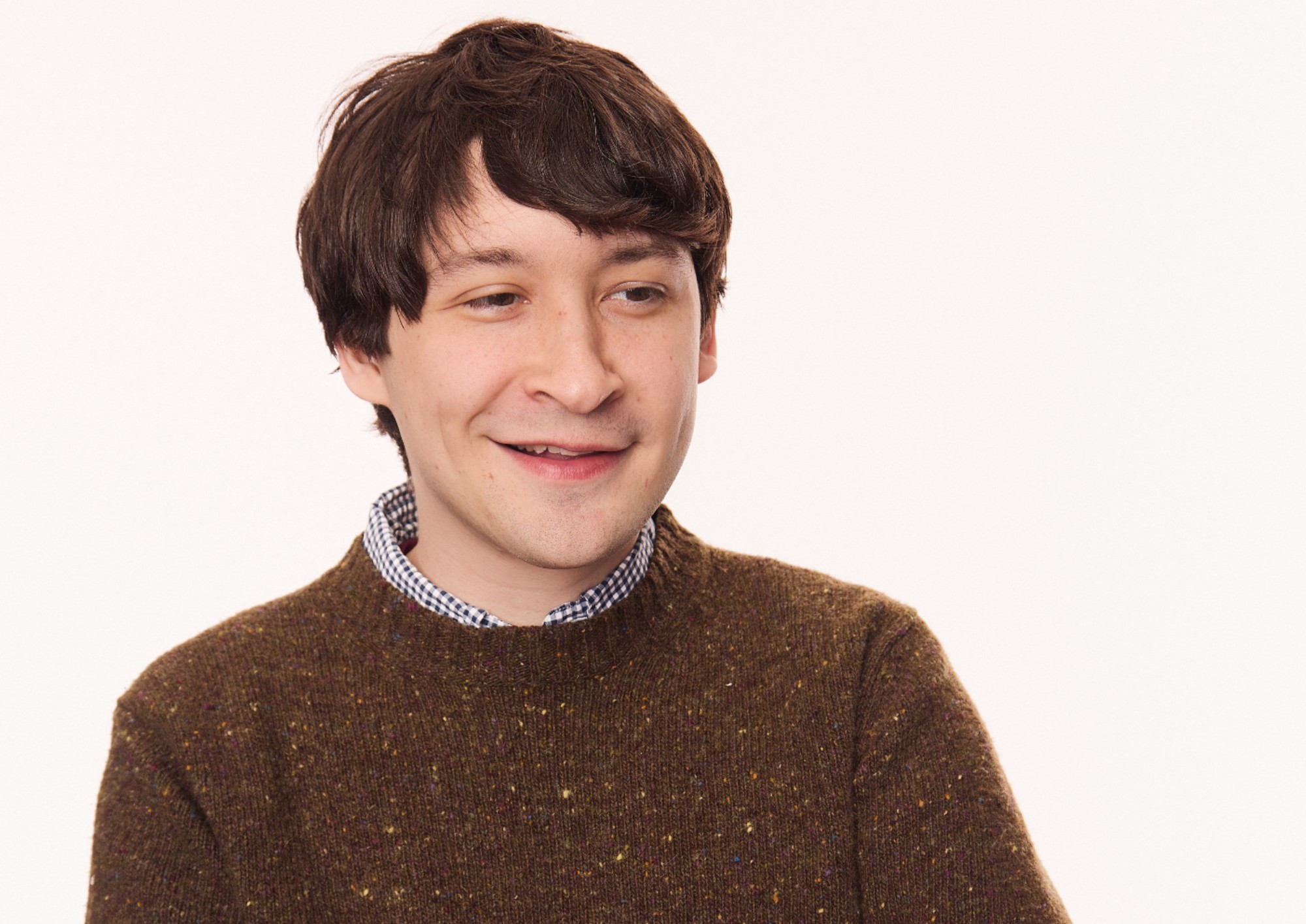 Famed actor and cartoonist Owen Kline steps behind the camera for his directorial debut in the upcoming feature film, Funny Pages. In honor of the Funny Pages premiere, Owen programmed a repertory series at Roxy Cinema and sat down with our very own Illyse Singer to discuss his recent works, growing up in New York, and what’s on the horizon for his burgeoning career.

Buy Tickets to Monomania Program One on August 18th featuring a Q&A with Miriam Linna and Owen Kline.

Roxy: How did growing up in New York shape your experience as a director?

Owen: In my early teens I really had to figure out the city for myself. I never went to a single high school party, so my social life extended first from interning at Anthology [Film Archives] and going to rep movies and all that. You’re running into all the same faces at the same places for years and it’s a motley crue. I think like-minded cartoonists always seem to find each other too, regardless of age, and a Brooklyn comics scene in the mid-aughts emerged that was focused around a store called Rocketship. That was the first independent-focused comics shop in New York, at least in the era of the culturally accepted “graphic novel”. I mean, there were underground comics shops in New York a long time ago, the late underground comics shop mecca SoHo Zat in the eighties and nineties and others, but Rocketship was the first independent comics-focused shop in Brooklyn, so there was a really nice scene of cartoonists young and old that would show up to these Rocketship parties. There was just a nice culture around it, and they sold people’s mini-comics and publications. So I was very lucky there were places like this as a rambunctious teenager with a lot of energy to kill and a lot of homework to put off.

Roxy: Was your family influential in inspiring your art? Were you watching films together as a family? Your grandfather directed one of the films were showing?

My family are all pretty solitary creative people which I take after. My dad paints and plays the piano which definitely set an example. As a kid I was very uninhibited and sort of a non-stop, manic showman; I danced and sang and played clarinet and did magic and was encouraged in all these departments by my grandfather, in regard to embracing variety. He produced the first variety show, The Cavalcade of Stars, and put together all the first game shows, and cast [Art] Carney as Norton and designed that classic Honeymooners set based on the Bronx apartments him and Gleason grew up in…He produced The Johnny Cash Show and CBS Circus Specials and Ice Capades, just this whole world of pure variety craziness, with a particular fondness for country-western and magic and the circus and wild foreign trapeze acts and Chinese plate spinners and Jewish comedy and all this stuff… He discovered and produced and mentored David Copperfield, and was a Friar too, he knew all the old jewish belt comedians. Occasionally I will flip through his address book and see names like Red Buttons, Rodney Dangerfield, Kris Kristopherson, Leslie Uggams, Jerry Stiller and Anne Meara, Bob and Ray, respectively…a very broad mix of super-talents in there. He just managed to pitch his tent with every corner of show business. And he directed some pretty bizarre B movies, one of them I am playing, Who Killed Teddy Bear. That’s its own obsessive vortex for me though so I will cut myself off… I made movies too as a kid, I always forget, dumb things on a security camera-quality Tyco Video Camera, black-and-white VHS movies as a kid lugging around the VCR, the regular shit. My parents were encouraging of my creative habits, but I didn’t grow up on movie sets at all or spend any time in Hollywood or any of that shit. My dad would go make a movie, and I visited a couple of things, but that always felt towering and out of reach, and as a kid I was more just interested in cartooning. It wasn’t really until I participated for a few weeks in The Squid and The Whale that I could really see the film process in a way I could comprehend it. It was a low-budget movie shot in the Slope and I saw how a very small, personal, handheld 16mm movie was put together. That started turning the gears in my head, particularly just how it was playing with character and being personal with the fabric of a movie.

Roxy: How do you feel about your debut film to be chosen by Cannes?

Owen: It was just shocking, just because it was beyond anything that was expected or that I imagined for this movie. It felt like Allen Funt was gonna pop out at any second. The movie was like a sick baby I nurtured under a rock for six years and it went from no one seeing it to a lot of people seeing it – at the most notoriously difficult audience in the world, no less. But they were so welcoming and kind to it. Maybe I had my own weird angry relationship with the movie and I was expecting vitriol? It just felt pretty nuts throwing it into the wind after that long. And cathartic.

Roxy: What was your biggest learning lesson as a director on this film?

Owen: DON’T MAKE MOVIES! Actually that’s a good question, I’ll get back to you on that one.

Roxy: Why Did you Choose these films to show at the Roxy in your program?

Owen: I’m friends with Mike [Diana] and was just a fan of his comics and his psychotic early video work and I just thought they were itching to be seen in this context. I think people are gonna freak out seeing him and his brother uproot his Florida neighborhood. Mike loves embracing danger in his work, he runs towards it with open arms. We’re also sneaking in something that has never screened of his, a similar reckless short that hasn’t been shown much called DRUG RUN that Mike did in 2003 on a trip to Vegas. It’s about a drug deal gone bad, a chase through the desert covered in blood. It was filmed in an old area but someone called the cops because they thought it was real fight. So cops are used in the film. Typical of Mike, his impulse was to keep the camera running.

Owen:  That’s quite a tough one, ha. I love making, but I really love programming, it’s much more fun to be a watcher and I even like the thrill of the detective work of trying to find a print and the history behind a print, where it ran, who struck it, whatever. The Who Killed Teddy Bear print was passed along to me by the Strand Releasing Company because the lab had been holding on to the print since probably the nineties and they no longer needed it. They had distributed the movie and it was the print that ran at Film Forum in ’97 that my grandfather actually spoke at and it when Bruce Goldstein gave it this triumphant run. That was sort of the first time the movie had ever been propped up in that fashion. It was seen as just a B curiosity before that, but then Film Forum gave it some legitimacy and Strand’s focus has always been on the film as queer cinema. It’s one of my favorite movies and just outrageous and shocking and dark and weirdly moving.

Roxy: What are you working on now?

Owen: Another comedy. Comedy is king. I have a draft that I almost like. But it can always be funnier.