Take a trip down memory lane with Roxy Cinema Director Illyse Singer as she recounts the experience of watching Oscar winning-film Amadeus for the first time and how it became her favorite Holiday tradition!

Christmas season, 2014. It was the end of the year and I had the holiday blues. My then boyfriend wanted to be out and about attending Holiday parties but I didn’t want see anyone. I wanted to hibernate in our cozy Brooklyn apartment together but he had other ideas. I distinctly remember him leaving me alone on Christmas Eve. Before you get upset, know that I am Jewish and it wasn’t that big of a deal. I was more bummed that he once again chose his friends over me.

In my sadness and loneliness I decided to watch a movie, which happens to be my favorite pastime. I stumbled across Amadeus and realized I had never before seen this film. It was truly a delightful treat and it reinvigorated me enough to lift me out of my dreary state! The movie is a spectacle for the senses. The story, music, cinematography, and costumes blow me away. No wonder it won every major Oscar in 1985!  I vowed at the end of the movie that this would be my new Holiday tradition. When I took over programming at Roxy Cinema, I knew this would be our way of dazzling audiences at the end of December right before the New Year. Metrograph shows Carol, other theaters do Eyes Wide Shut, but we now had our own Holiday film.

Now began the task of licensing the film so we could exhibit it. Amadeus was not an easy find. It now belongs to Paul Zaentz, the nephew of Saul Zaentz who produced the film. I tracked a film print to the University of North Carolina Archive. Sometimes programming is like being a detective. You have to conduct a thorough search and uncover secrets that lead you to the source! This is all before you even book a film. It’s really one of my favorite parts of programming. I was eventually able to track down Paul and he was going to be in New York. I invited him to lunch and he met with me. He shared stories of the making of Amadeus and allowed me to have the rights to show it theatrically.

Over the years I have become friends with actor Kevin Corrigan. He is married to Elizabeth Berridge, the actress who played Constanze Mozart in Amadeus. I asked Elizabeth to come in for a Q&A since we were slated to show Amadeus during the Holidays that year for the first time. So, on December 23, 2017, Roxy Cinema began a new tradition of showing Amadeus on 35MM! Buy tickets this year’s showings NOW>>. 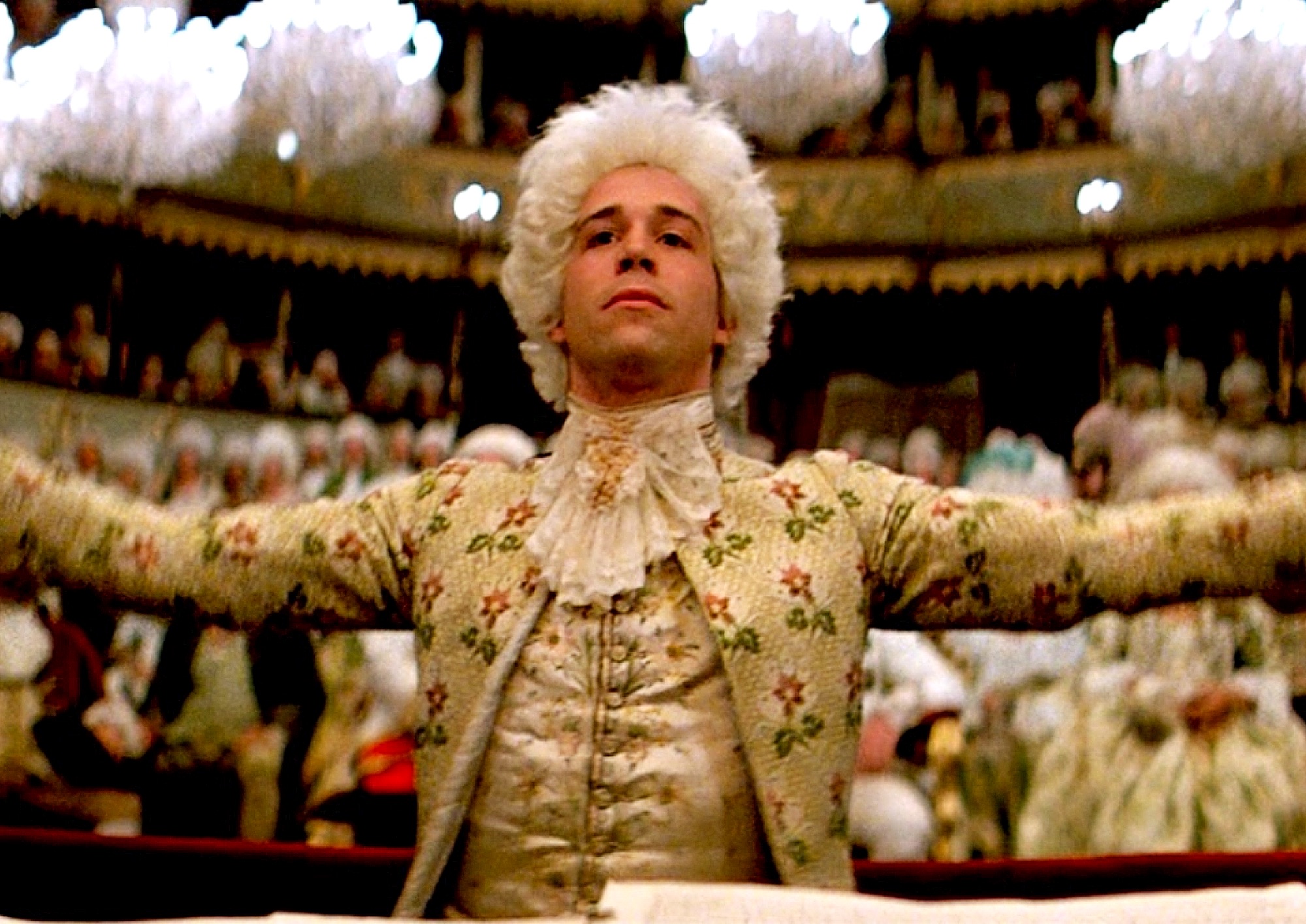