The making of Daddy Longlegs, the sophomoric feature from the Safdie brothers, consisted of a series of chance encounters and unusual castings that created a modern-day masterpiece of New York cinema. The Safdie’s didn’t want typical actors to play key roles in the film, so they took to the streets of New York for casting. They hand picked both Sage and Fray Ranaldo, as well as their real-life mother Leah Singer to play their on-screen mom. It was only later that they coincidentally discovered the boys were the sons of Lee Ranaldo, famed guitarist of Sonic Youth! The movie is NOT based on the real-life Singer/Ranaldo family dynamic, much to the relief of fans and moviegoers.

The Roxy Cinema is excited to show a 35MM print of Daddy Longlegs to kick off a new year of unique and exciting programming. The film originally played in the Director’s Fortnight section of Cannes under the name Go Get Some Rosemary in 2009 before being released the following year. Daddy Longlegs was written by Josh and Benny Safdie, as well as Ronald Bronstein, who also stars in the film.

Each screening at Roxy Cinema will be paired with a special host, Q&A session, and a chance for someone to win a new Blu-ray release of the film from the Criterion Collection. In anticipation of the upcoming screenings at Roxy Cinema, Leah Singer has shared NEVER BEFORE SEEN photographs and captions from the set of Daddy Longlegs!

Friday, January 13th: The Singer/Ranaldo Family will be hosting a screening of Daddy Longlegs followed by the short ‘A Family Affair’ . CLICK HERE>> to buy tickets.

Saturday, January 14th: The beloved band Yo La Tengo will be introducing the film! CLICK HERE>> to buy tickets.

Sunday, January 15th: Leah Singer will be in conversation with Michael Chaiken, an archivist and curator based in Brooklyn. He is the director of The Universe Is Out There: Josh and Benny Safdie (2017). The short ‘Second Stop From Jupiter’ will also be shown on Sunday following the Daddy Longlegs. CLICK HERE>> to buy tickets. 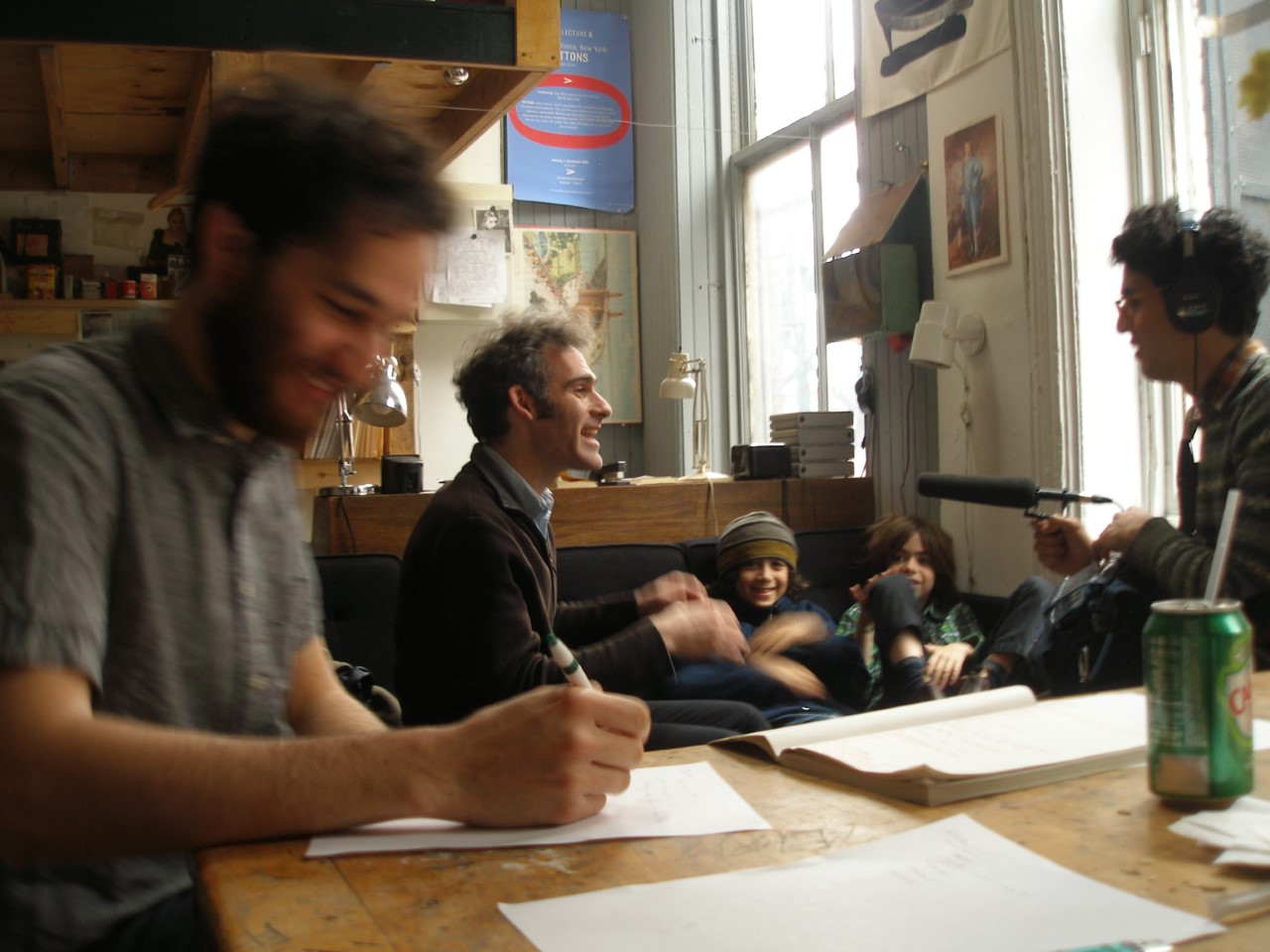 We rarely did multiple takes, usually going with the immediacy of the first one. But on one occasion we had to go in to the Red Bucket Studios, — where Josh and Benny and many others ran a film collective —and do some additional voice recordings. When Josh was wooing us to be in the movie I found out their studio was a mere blocks from our home. Another kismet moment in many around making this film. 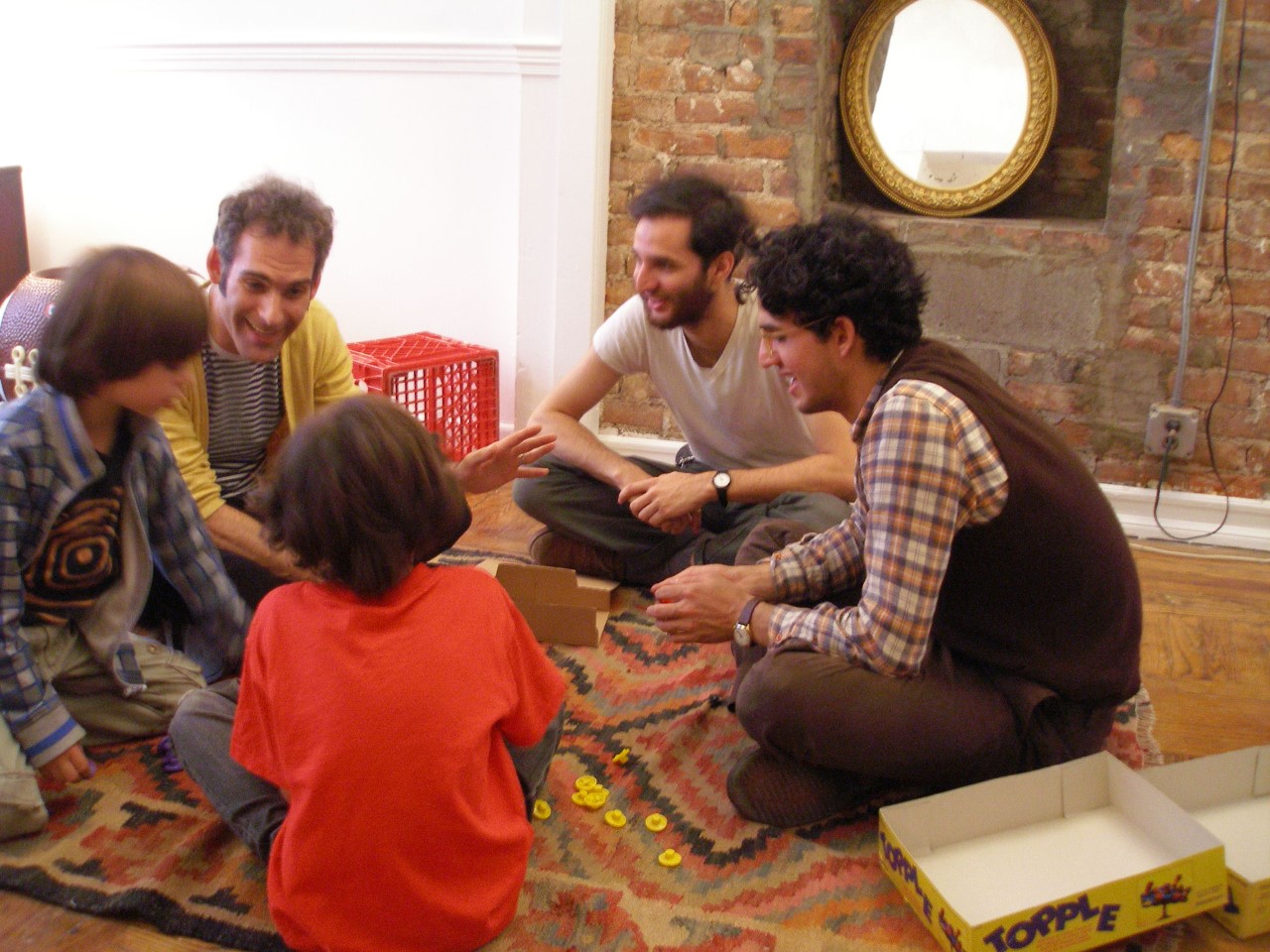 Josh and Benny rented an apartment on East 35th Street to represent the home of Lenny Sokol, played by Ronnie Bronstein. This is the first meeting between Sage and Frey, Ronnie and the filmmakers. To make the kids feel at home they hung artwork they made in their childhood and brought over some board games. They later asked the kids to bring by some of their artwork and toys and they encouraged them to draw on the walls with crayons and make the place feel like it was theirs. Josh made some film tests  and made sure to include the kids in the process by having them hold the camera and look through the lens. Everyone laughed hard that day and it was immediately apparent that the chemistry was spot on for making a movie together. 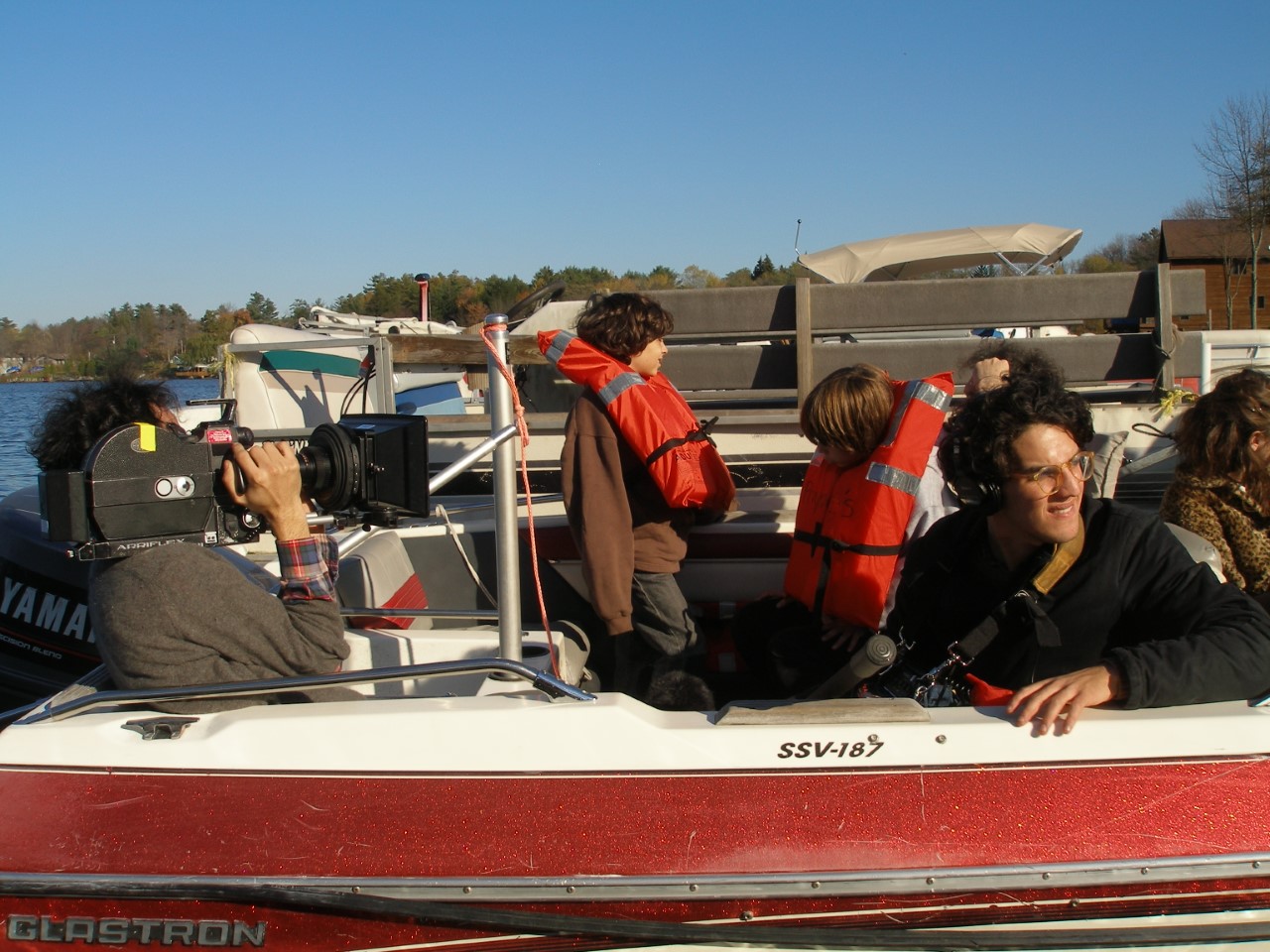 We went upstate for a weekend to film the scenes with the singing water skier. They rented a van and we all crammed in – a motley crew from the city.  Into the night we got lost looking for the cabin we would sleep in and were pulled over by the police for a broken tail light. It easily could have been a scene in the movie. Even when we were not filming it felt like we were living in that filmic space, a testament to how the film unfolded so naturally.